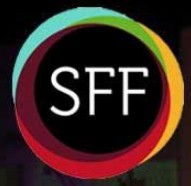 Sarasota, FL (January 30, 2014) — The Sarasota Film Festival (SFF), which will take place from April 4-13, 2014, is thrilled to announce the launch of its new branding identity, website and video campaign entitled “One Festival, Infinite Possibilities.”

“This innovative and bold new campaign showcases our belief in the power of images to convey our mission,” said Executive Board President Mark Famiglio. “Our goal is for our patrons to seek their own unique experience at the festival, and Vince’s work demonstrates that vision.”

The festival’s new photo and social media-driven web design, created by Sande Caplin and Associates, has been streamlined to allow for greater navigability, as well as to highlight the cinematic mission of the Sarasota Film Festival. The site can be accessed at www.sarasotafilmfestival.com

“Sande Caplin & Associates is proud, honored and excited to have developed a new, dynamic and responsive website for the Sarasota Film Festival,” said Sande Caplin.

The SFF is also pleased to unveil our video series entitled “Infinite Possibilities,” which was created by Triforce Pictures, to examine the many ways that members of our community interact with the Festival, showcasing the infinite possibilities for participation.

“As a young local film student, I dreamed of being part of the Sarasota Film Festival, and 14 years later, through life’s infinite possibilities, my film was accepted into the Festival,” said Shaun Greenspan, Executive Producer, Director and Writer at Triforce Pictures. “My business partner, Edward James Fagan, and I are thrilled that Triforce Pictures is providing this innovative series of video portraits that highlight the members of our community.”

ABOUT THE SARASOTA FILM FESTIVAL
Held annually in Sarasota, FL, The Sarasota Film Festival emphasizes the best in cinema alongside exciting programs and events, with more than 200 films screened each year including features, documentaries, shorts, and family-friendly movies. On the occasion of our 16th annual festival, taking place April 4-13, 2014, we remain proud to showcase the work of the cinema’s finest artists, with an internationally renowned festival that highlights our idyllic Gulf Coast community.

ABOUT VINCE FRASER
Vince Fraser is an award winning illustrator / designer based in London who has worked for various clients including British Airways, Coca-Cola, Dell and T-Mobile just to name a few. Having originally come from an Interior Design background , the progression to digital arts was a natural one. Specialising in digital illustration ranging from 2d vector work, photo montage, image manipulation and 3d modelling, Vince’s work has continued to develop and inspire creating vibrant, innovative and evocative artwork.

Implementing a variety of elements from photographs to typography and vector illustration, his compositions conceal a broad palette. Having a great eye for detail he is always pushing the boundaries and describes his style as contemporary but with a twist of retro. Vince’s highly versatile work can be found anywhere internationally from mobile phone accessories , VIP lounges through to luxury apartments and is starting to get the recognition it highly deserves. His work is regularly featured in design and industry publications such as Advanced Photoshop, IDN, Computer Arts and Digital Arts.

ABOUT SANDE CAPLIN AND ASSOCIATES
Sande Caplin and Associates is a Sarasota / Bradenton based website development company with an office in Long Island, NY. They provide services to many local businesses and also have nationwide clients.  The company supports several charities and organizations with their websites and actively supports Resurrection House in Sarasota, Florida.

ABOUT TRIFORCE PICTURES
Story is everything. Whether it’s a film, commercial, or promotional video, we are taking the audience on an emotional journey. Recently relocated from Los Angeles to Sarasota, Triforce Pictures is a production company with a West Coast vibe that specializes in helping you tell your story.

For more information about the Sarasota Film Festival, please visit the website at www.sarasotafilmfestival.com.

20
2014-01-29
Previous Post: What Sponsors are Paying for Super Bowl Ads
Next Post: Back From Memphis, Steve Arvey at the Flying Dog Cafe