Presenting world-renowned pianists of exceptional talent in solo performances, The Chopin Project® 2019-20 concert series is designed to showcase the scope and breadth of Fryderyk Chopin’s works, as well as those of his musical forebears, contemporaries and successors.

The concert programs, which are free of charge to students, offer an opportunity for those of all ages and levels of interest to experience and indulge in the music composed by Chopin and other masters.

In addition to the Sarasota, Florida concerts noted below, more performances are scheduled as part of the Artist Series Concerts of Sarasota, as well as in the Tampa/St. Pete region and newly added Asheville, NC.

For ticket or other information visit: www.chopinproject.com/tickets  or call 813.966.1933

Monday, January 27
“Chasing Chopin” | Pianist Renana Gutman
Pianist Renana Gutman will go “Chasing Chopin,” as she presents works by Chopin and the composers he influenced including Gabriel Fauré, Claude Debussy, Alexander Scriabin and others. Her elegant commentary will provide insights into Chopin and his colleagues, transposing their stories into musical interludes, creating an artful weave of piano mastery from this notable artist.

About the Artist:
Praised by The New York Times for her “passionate and insightful” playing, Israel native Renana Gutman has performed across four continents as an orchestral soloist, recitalist and collaborative artist, performing at such notable venues as The Louvre Museum, Grenoble Museum, Carnegie Recital Hall and, to name a few. She was a founding member of the award-winning piano trio “Terzetto,” with violinist Diana Cohen and cellist Tanya Ell. The trio performed regularly in festivals and concerts across North America from 2007-2011.

As a pedagogue, Renana joined the piano faculty of Boston’s Longy School of Music of Bard College in the fall of 2019. She had previously been on the piano faculty of the Yehudi Menuhin Music School in the UK, and of Bard Pre-College and the 92nd Street Y in New York City. She also plays an active role in the NY Chapter of Music for Food, a musician-led initiative for local hunger relief. She is also featured playing Chopin’s Etudes, Opus 25 on Chopin Project’s most recent CD, titled “Rarities & Favorites, Vol. 4.”

Wednesday, March 25
“Polonaise-Fantasies: The Story of a Pianist” | Pianist Inna Faliks
Making her Florida debut, Pianist Inna Faliks shares a hybrid of a piano recital and an autobiographical monologue, one she considers to be the most personal project she has ever done. “It is my hope that, in sharing my story, I offer audiences a glimpse into the life of a performing musician, as well as my own journey, one that has enabled me to become the artist I am today.”

About the Artist:
“Adventurous and passionate” (The New Yorker) Ukrainian-born American pianist Inna Faliks has established herself as one of the most exciting, committed, communicative and poetic artists of her generation. A Yamaha Artist and current professor and head of piano UCLA, Faliks has made a name for herself through her commanding performances of standard piano repertoire that have taken her around the world to some of the most esteemed venues.

Faliks’ genre-bending interdisciplinary projects and inquisitive work with contemporary composers has earned her additional acclaim from The Washington Post, Baltimore Sun, Lucid Culture and Audiophile Audition. Faliks is also the founder and curator of the award-winning poetry-music series Music/Words, creating performances in collaboration with distinguished poets as well as conducting masterclasses and traveling to Artist Residencies in major conservatories and universities around the world. 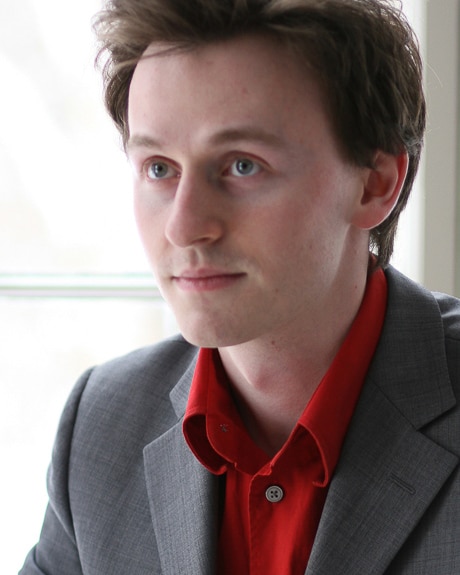 Friday, April 24
“An Evening of Chopin, Schumann & Liszt” | Pianist Igor Lovchinsky
Having made his Florida debut in 2019, Igor Lovchinsky returns to celebrate the lives and legacies of Chopin, Schumann and Liszt, all of whom were born within one year of each other 210 years ago. Lovchinsky has been hailed by Gramophone as a “star of the future” and acclaimed by Germany’s Piano Magazine for the “elegance and rapturous beauty” of his music making.

About the Artist:
Born in Kazan, Russia in 1984, Igor Lovchinsky began playing the piano at the age of two. Very quickly, he showed extraordinary promise – not only as a pianist, but also as a composer and improviser and by the age of four was already playing entire recitals for his friends and family. In 1989, he entered the Kazan Special Music School for Gifted Children and after coming to the U.S. in 1994, garnered first prizes at the Eastman International Piano Competition and the Kosciuszko Foundation Chopin Piano Competition.

Lovchinsky has performed internationally at the National Philharmonic Hall in Warsaw, the American Embassy in Beijing, and the Rosza Centre in Calgary. Recent tours have included performances in Poland, Lithuania and Brazil. In addition to his Bachelor’s degree from the Juilliard School and a Master’s degree from the New England Conservatory in Boston, Lovchinsky also holds a PhD in Physics from Harvard University.

About The Chopin Project
Through its original sponsorships by University of Michigan’s acclaimed School of Music, Theatre & Dance, the Copernicus Endowment and Frederick Slutsky Arts, The Chopin Project® began as a live-concert-and-symposium series in 2007. Through a series of nine concerts, renowned teacher and performer Arthur Greene and select members of his studio created a chronological traversal of Chopin’s solo piano repertory.

In the past 11 years, The Chopin Project has grown online to reach a worldwide community of music fans, students, and scholars – from the most casual to the most deeply committed. It now features a robust and growing series of live concerts from November through April each year with performances in Sarasota, Tampa and St. Petersburg, Florida. as well as student outreach events in Bradenton and Hudson, Florida. For more information, visit www.chopinproject.com

20
2019-12-28
Previous Post: From Friendship to “Firu’s Forest” – How a Children’s Book Was Born in Sarasota
Next Post: This Week’s “The Best of The Sarasota Post” – Star Wars: The Rise of Skywalker – Best in the Star Wars Franchise