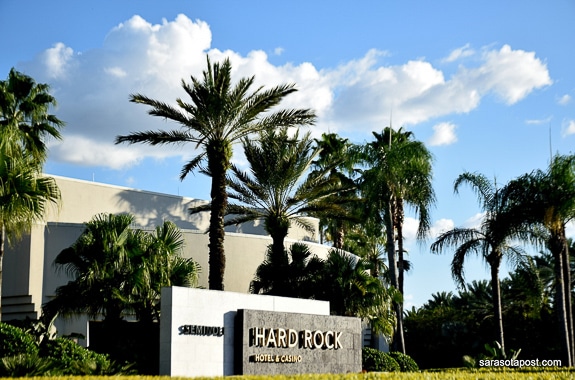 It’s a big weekend for the Seminole Hard Rock Hotel & Casino in Tampa! Their $720 million expansion has finally opened and it is a much bigger place to rock and roll! There have been big festivities going on too!

From Sarasota’s own high wire master Nik Wallenda and his mother Delilah who walked from one Hard Rock Hotel building to the other, for Delilah’s final act before retiring from the wire. Keith’s wife, superstar actress Nicole Kidman and forever supermodel Christie Brinkley kicked off the Seminole’s guitar smash celebration. There was a private party with Hip Hop star Big Boi and Will Smith’s old friend, DJ Jazzy Jeff, handling the host duties.

Having CMT’s “Entertainer of the Year” Keith Urban, debut the new Hard Rock Event Center was a perfect choice! The intimate venue of 1,500 is a great way to see a major talent like Urban, up close and personal. Well known for his interaction with his fans in person and on social media, he didn’t disappoint. After doing a meet and greet of “about 300 people,” he said, he brought mad energy to the stage. After reading a fan’s sign he brought her on stage to decipher its meaning. He turned it into a big sing-along of the Tommy Tutone classic 867-5309, completely off-the-cuff. A fun moment for the audience as well as diehard fan Brenda/Jenny! 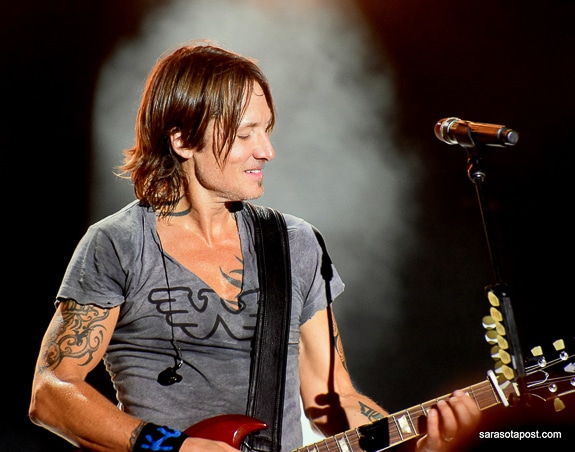 There was a big screen with graphics behind the band, but it was not really needed in this small environment. Urban and his band have it all under control. Keith is a pretty great guitarist who holds his own with peers like John Mayer and is no longer considered an underrated player, which went on longer than it should have. His solos had heat! Hits like “Cop Car”, and “Blue Ain’t Your Color” were of course, on the setlist. Another fun part of the show was Keith coming into the crowd, shaking hands and high-fiving as he took the mic to get the people in the back to sing-along to Carrie Underwood’s lines in their hit duet, “The Fighter”. He cleverly uses Carrie’s image from the video on the screen and it works well. The audience reacted to Carrie on the screen like she was there and sang her part! His new single “We Were” was performed acoustically and is a piece of sweet nostalgia for everyone. 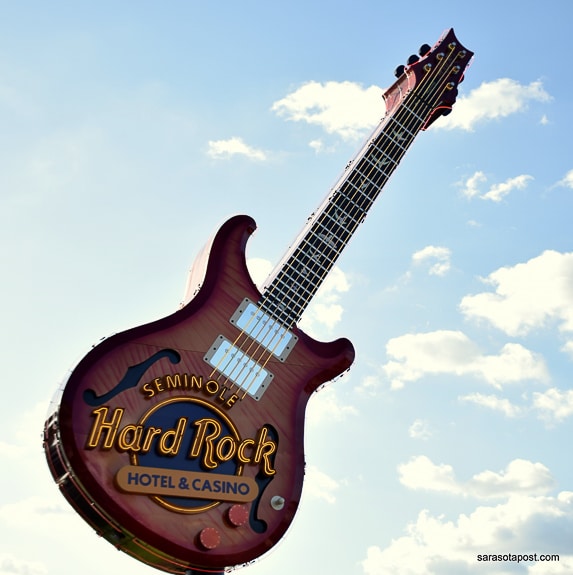 Air horns and confetti rained down to conclude the show as Urban made his way along the stage, shaking hands with as many people as he could. Everybody just wants to say “Hi Keith”. He is accessible and friendly. Waving goodbye to a room full of smiling faces, he looks back with a grin. What a way to start off the new music venue in Tampa! This is going to be a great spot for some great music along with the Hard Rock Café and the other lounges that offer live music! Next week the great Smokey Robinson is at the Event Center for a sold-out show! If you didn’t get tickets to Smokey, you can watch American Idol, Season Two winner, Ruben Studdard at the Hard Rock Café stage on Thursday at 10pm!

There is a lot to do at Hard Rock with over 5,000 slots, great food and shopping. If you haven’t been in a while, be sure and check out what’s new at the Seminole Hard Rock Hotel and Casino in Tampa!

20
2019-10-05
Previous Post: Sarasota Based, Paisley Craze, Playing The Music That Changed The World
Next Post: This Week’s “The Best of The Sarasota Post” – The Best Taco Is In North Port, FL