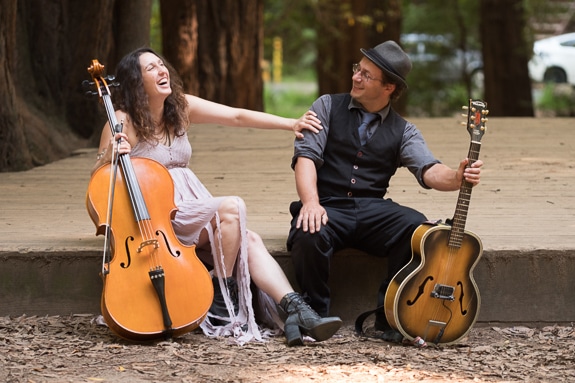 Dirty Cello is an internationally touring band that’s performed from China to Germany to everywhere in between. The band spends a lot of time overseas and in their home base in California, but has been working hard to expand their travels around our beautiful country. Led by cellist Rebecca Roudman and joined on this tour by her guitarist husband, Jason Eckl, the two first visited Florida last February. While planning for their 2018 season, Eckl asked Roudman where she wanted to go in order to combine a tour and a vacation. Roudman enthusiastically replied, “Harry Potter World!” and thus, Dirty Cello’s love of Florida began.

“We focused on Orlando and North,” said Roudman. The band bounced all the way through the Tallahassee region and off into the Panhandle. “We played everywhere from listening rooms in Jacksonville Beach to an intimate concert in Sopchoppy.” Of the 6 shows they played three were sold out, and the duo knew that they wanted to get back to Florida as soon as possible.

Fleeing the cold weather of their Northern Californian home, the Dirty Cello duo will be playing in Sarasota at the Fogartyville Community Media and Arts Center as well as making stops to Tampa, Miami, and North Port.

But what is the Dirty Cello band? 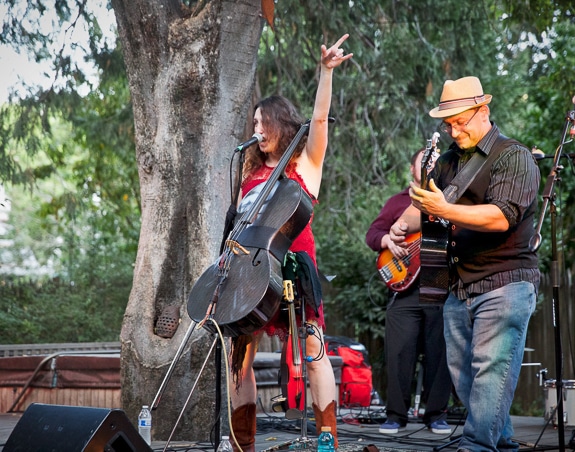 Roudman describes the band: “We focus on the roots music of America, from blistering bluegrass to wailing blues, to shredding rock. We play music we love and music that our audiences rock out to.” Their set includes songs that range from “The House of the Rising Sun” to “The Devil Went Down to Georgia” to “Purple Haze”. They also have a fair share of original music that taps into their experiences as a traveling band. All of this is led by Roudman’s virtuosic cello playing and soulful singing. The LA Times says about the band, “The group seamlessly careens from blues to bluegrass and rock in a way that really shouldn’t make sense, but somehow does.”