A couple weeks back I was lucky enough to share a cup of coffee with David Smash and listen to him explain his new CD “State of Sunshine”.  He said he loves 30’s to 50’s American music.  He’s got the American groove going here with an European flair (as he described it).  This CD’s about isn’t.  It isn’t just blues, it isn’t just country or rock-a–billy, it isn’t a copy of any one style, but a whole gamut of influences; it’s his own material written about his American experiences.

Every single track is intriguingly entertaining and no two songs sound alike.  David really mixes up the styles of the songs he’s written, one moment you feel like it’s Delbert McClinton or Steve Winwood, then the next song you think Chet Atkins is backing his intriguing vocals.  I had a hard time trying describe “My Malibu” for example, it’s kinda like Southern Rock with a JJ Kale twist.

He’s been concentrating his efforts to Sarasota & Manatee counties; mostly for logistical reasons.  Don’t think for a moment this 20 year old will be limited to this market for long, 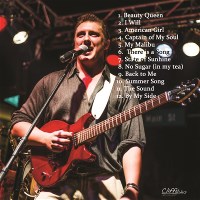 he’s a great talent:  besides, he’s a real nice guy and a real gentleman.

I’ve been chafing at the bit to get this review out as his CD will be available on Amazon and iTunes soon, but no link just yet.  His CD release party will be 5/31 at Fogartyville beginning at 8 pm and be sure not to miss a fun event at Jackie Z Style Co. on June 1st  with a LIVE PERFORMANCE by David Smash & CD Signing.  He will have CD’s available.

What it is is absolutely WONDERFUL.  Oh, my gosh; gotta get this CD – it’ll stay in your car and replace Clear Channel, for sure. A Complete Guide to Fishing in Sarasota Celebrating our Independence this Fourth of July on the Suncoast