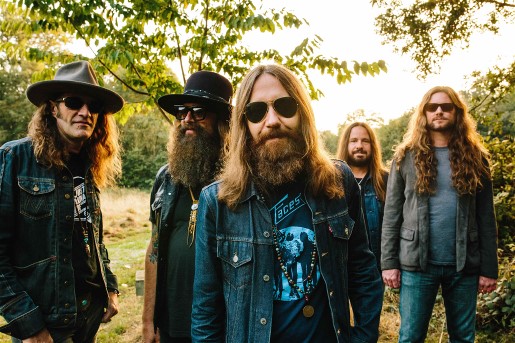 Sharing the stage several times this August with Gov’t Mule, and starting their Fall “Sinners & Sanctified” Tour with Aaron Lewis in October, Blackberry Smoke was able to take a short interlude to visit Florida to perform alongside the Chris Robinson Brotherhood for three shows; Jannus Live on September 9th being one of them. Jannus will be rockin that Saturday evening with this ‘daring duo of bands’ line up. Recently, I had the opportunity to speak with Charlie Starr (lead vocal and guitar) of Blackberry Smoke about the band, the music and their future projects.

Charlie Starr is one of the most down-to-earth, kind-hearted and humble guys that I have had the pleasure to speak to. He took time out of his incredibly busy schedule to share some insight with me.

The first question I had for him was one that had been on my mind since the day I fell in love with Blackberry Smoke’s music. I wanted to know where they came up with their name. Interestingly, longtime friend Chris Robinson, who happens to be sharing the stage with BBS at Jannus, coined the name Blackberry Smoke and it just stuck, now becoming a familiar name to many.

The guys in BBS have been together 16-17 years. That’s a long time for the same group of guys to be together in a band. I asked Charlie how they managed to stay together, since that is no small feat. He attributed their longevity to strong friendships and “a lot of time in a van together”. BBS had a modest start. Charlie explains, “We weren’t a group of guys who were hand-picked and thrown together to be a ‘super band’.” They put a lot of blood, sweat and tears into the band. There was a lot of windshield time, a lot of shows, a lot of road food and a lot of time away from home.

The band has never shied away from hard work. They play more than 250 shows a year touring the US, Europe and now even Australia was added to their docket in 2016. “It’s also been a slow process building a fan base”, Charlie adds. Their ever-expanding audience has been built on the strength of their live shows. 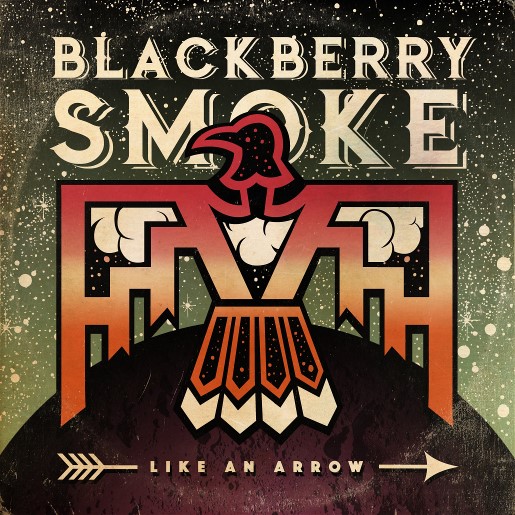 Blackberry Smoke is so multi-dimensional, it’s impossible to pigeon-hole them into a musical classification box; and that’s the way they like it. They are everything but common. They are unconventional and original. Charlie expressed, “We’re all liked minded in that we all want to explore”, and the diversity in their music is proof. Even their No.1 CD Like an Arrow, released Oct. 2016, presents several different ‘flavors’ of music, although there is definitely a taste of their southern rock roots, which was reinforced with the closing track “Free on the Wing” featuring special guest, Gregg Allman. Charlie spoke of his immeasurable respect for Gregg. He reveals how “humbled and honored (he) felt that Gregg agreed to be a part of their CD”. Charlie shared with me that he had no idea that Greg was so sick and that “Free on the Wing” would end up being one of the last songs that Gregg would record. Charlie said that he will always treasure that time with Gregg Allman.

Almost ‘tongue in cheek’, I asked Charlie if another CD was in the works. After all, how could they possibly have the time to write and collaborate another CD when they have been constantly on the road, touring. To my surprise, Charlie said that they already have all the written material for the next CD and that they hope to make time to record before the end of the year! So, keep your finger on the pulse of BBS because there is so much more to still come in the near future.

Blackberry Smoke is the real deal. There is nothing but love in their hearts and magic in their music, and the most important thing to them is to share it with all of us. If you haven’t seen BBS yet, a trip to Jannus on Sept. 9th will definitely get you hooked. If you have seen BBS before, I’ll see you there! Our family of BBS fans is growing with each live show; and it’s a grand family to be a part of.

For more information and tickets to this show go to: www.blackberrysmoke.com

20
2017-09-04
Previous Post: I Can’t Believe I Got The Golden Ticket!
Next Post: Gardens Give Back: Green-fingered children take care of the community