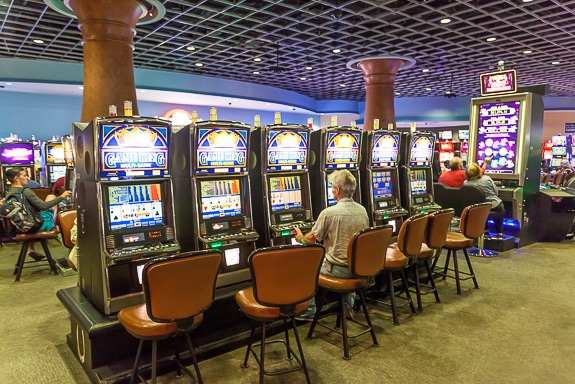 What Are the Laws Regarding Gambling in Florida?

The Sunshine State has changed in a number of ways with regards to gambling, switching backwards and forwards in terms of how they regulate the likes of casinos, poker rooms and racetracks. In fact, few states can boast such a colorful and complicated gambling history as Florida. Gambling activities have succumbed to the law now, although they may not have always done, and its land-based gambling is now incredibly well regulated.

The Law in Florida

The State precedent is to assume that in a game of chance, if the chance element is inherent, it is gambling. Betting on skill games is illegal in this state, unless there are specific exemptions under the law. For example, a specific exemption is that bowling tournaments are allowed to issue real-cash prizes and there are also certain free-to-enter lotteries which are also permitted. Similarly, social poker and card games are allowed as long as they play with ‘penny-ante’ stakes, which are defined as any game where no individual takes winnings in a single round, hand or game, over the total of $10.

Legal Forms of Gambling in Florida

Operating web casinos in Florida isn’t allowed, but that doesn’t mean that playing web casinos is banned too. Florida bettors are allowed to play at any internet casino they wish to play at, providing that the venues accept deposits from customers based in Florida, meaning that Floridians can take up any online bookmaker offers. Offshore casinos can either accept or refuse players from the US, including Floridians, but more and more casinos are now accepting subscribers from the States so these should be the first port of call for Florida-based bettors.

Casino games are allowed in Florida and, in fact, there are some world-class casinos found here, including the Hard Rock Casinos. There’s also the option to go on cruise ships that enable bettors to play casino games in international waters, including craps and roulette which are not allowed in land-based casinos in Florida.

Live poker games are permitted and there are card rooms associated with the Tribal casinos and racetracks. The maximum betting amounts went up to $100 in 2008 and, since then, poker has flourished as an entertainment activity. Some prestigious tournaments are even held here, alongside regular cash games. Online poker games are not allowed though as these are covered by the 2012 laws banning internet café casinos. The laws in Florida are broad enough that games of skill are also included in this, although there haven’t been any arrests yet for playing online poker games exclusively.

Sports betting can be played in the Sunshine State and you can bet using pari-mutuel machines on horse or dog racing, as well as get in on the action on Jai-Alai which is a regional ball game in a three-walled court. Along with sports betting, lottery betting and bingo games are also legal here. Florida has a state lottery and also participates in the inter-State games such as the Powerball. Bettors can take part in charity bingo games and raffles, as well as play bingo for bigger prizes in the Seminole tribal territories.