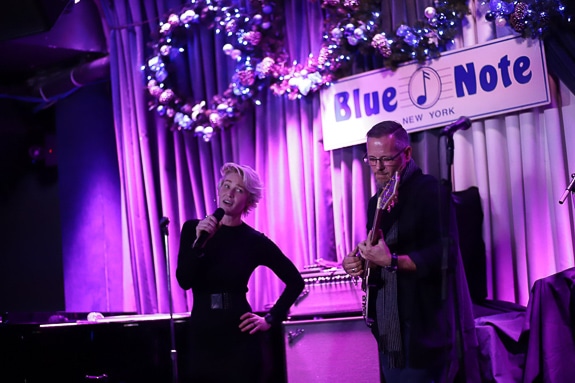 I met these two wonderful folks about seven years ago. They were starting to play together and started a band called Ari & The Alibis. They were playing local venues here on the Suncoast and were attracting a lot of attention. You also know them as Ari McManus and Nicolaas Kraster.

From their website: Infusing Funk, Jazz and Samba with Blues Soul and Tango, Award winning International Touring artists Ariella and Nicolaas have created a memorable ear-catching sound. Formed in September of 2013 they quickly became one of the top acts in their native Tampa Bay music scene, as evidenced by their nomination for best local group in Tampa Bay and Ari for best Jazz vocalist.

Moving the story along about 5 years and big things are happening. The band is still together performing all over the world and Ariella and Nic are happily married! I have watched the band several times in the last year and saw the couple do their duet show. 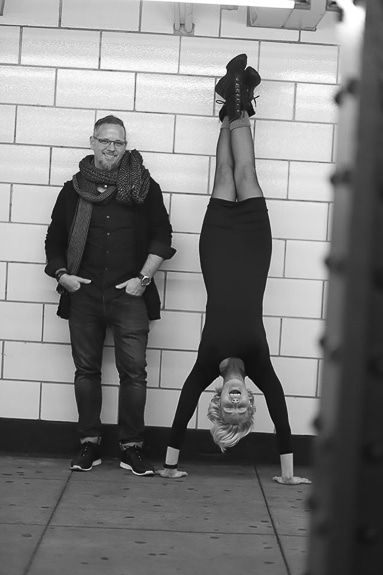 Well, several weeks ago I could not believe what I read. One of my favorite Jazz clubs of all time is the “Blue Note” in New York City. I have been there several times and many years ago I saw Ray Charles perform there. Ari’s Facebook post said they were “going to do a show at the Blue Note on Friday, December 27, 2019”. I was amazed and had to track her down. She got back to me and I asked if I could do a story about their trip to New York City. Ari and Nic obliged and shared their 24-hour adventure.

It was an interesting process lining up the gig. Their booking agent, Mark Lourie, and friend, bass guitarist Victor Wooten, helped to set it up. Victor had asked Ari to sing with him at the Blue Note. Victor told the Blue Note owners that Ari and Nic were worth a shot! A spot opened and then a phone call came to Ari from Mark saying they had a last-minute time slot on December 27th and “can you come next Friday?” “Well, yes,” is what Ariella and Nic said. They quickly contacted their team of kid watchers, made plane reservations and figured out the rest of their schedule. They knew that the entire process would take place over 24 hours!

They landed at LaGuardia Airport late in the afternoon on Friday, December 27. They headed right into New York City where their first stop was a guitar store so Nic could pick up some extra guitar strings (which he had forgotten to bring), just in case. After that it was a quick walk around the city and a bite to eat. The bite to eat was some New York City Hot Dogs off of a cart. Now, I knew exactly what they were talking about…. “Dirty Water Dogs!” Over the years, if I have eaten one, I have eaten hundreds! It an NYC tradition eating a Hot Dog from a street vendor. 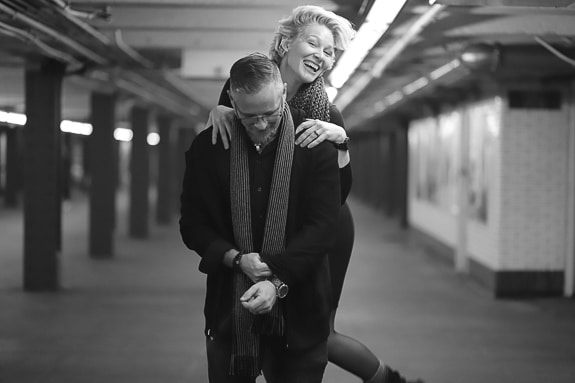 From there it was off to the Blue Note where they checked things out, watched the show and got ready for their gig. Their show started at 1 in the morning! Yes, it’s NYC and it’s awake 24 hours a day! The Blue Note casts “up and comers” in this time slot. For more information about the Blue Note  check online here. They did a 45-minute set and packed up to head home! That’s right, no overnight stay in a hotel. That’s the life of an up and coming touring musician.

They walked around NYC for a bit more and then took a cab back to LaGuardia Airport where they slept in the terminal for several hours until it was time to fly back to Sarasota. Once they landed, they went home and napped for a few hours and then headed out again for their gig on Saturday night at the Blue Rooster. Whew!

And there is more to share to the story. As many of you know, Ari has 2 kids, a boy and a girl, who are growing up so fast. As with all kids they require so much attention, they have lots of schoolwork, activities, friends, carpooling and more. How do Ari and Nic do all of this traveling and still manage to keep the family under control? They have a fabulous support system, friends and family who step in to watch the kids when they are traveling. Ari wanted to be sure to mention her mom, Linda Parnell, her dad, Patrick McManus, the kids’ uncles, Albert Suarez and Andrew Schell, and 2 friends who also babysit and “save the day”, Danelle and Lance Nelson. All of these folks coordinate with each other to make sure there is full supervision for the kids. Wow, what a blessing!

Ari and Nic have a full schedule ahead including a trip north to Los Angeles, Vienna, VA, Philadelphia, New York City, and Buffalo in January. There is so much more to share about these 2 talented, wonderful, gracious and kind people. I personally want to thank both of them for being so generous with their time to speak with me and share their dream. There will certainly be more to write about!

And, a quote from Ari – “Oh, the adventures keep on coming!”