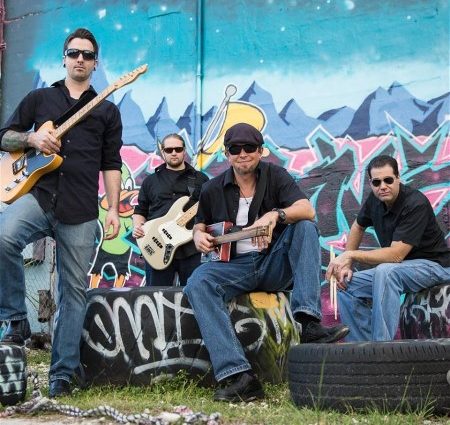 WSLR’s Fifth Annual Cigar Box Festival on Saturday, November 25th will feature performances by JPSoars and the Red Hots, John Nickel and David Smash. Cigar Box and other folk art vendors will also be participating. Doors open at 2:30pm for a cigar box guitar building workshop, followed by a “how to play a cigar box” workshop. There is an additional charge for the workshops (see below).

Not every blues artist can create a cohesive sound in the genre by weaving in a diversity of other influences, but guitarist and vocalist JP Soars is obviously not just any blues artist. A 2009 winner of the International Blues Challenge in Memphis, TN with his band the Red Hots (and the festival’s Albert King Award winner as best guitarist to boot), the Arkansas native toured extensively through the United States, Canada, South America and Europe with metal bands after relocating to South Florida, and is one of the few guitarists also capable of adding nuances of his long-standing, Django Reinhardt-inspired “Gypsy jazz” side project.

One of the most exciting solo acts on the cigar box guitar scene is Muscle Shoals one man band, John Nickel. Taking the stage with drum triggers, a full mixing board and other contraptions, Nickel creates a full band sound centered around his 3-string cigar box guitar. John runs the world’s first cigar box guitar retail shop in Huntsville, Alabama and will be hosting the “Build your Own Cigar Box”.

David Smash is Lithuanian born and raised singer/songwriter. After an extensive experience in music performance and receiving national acclaim in Lithuania, David came to United States. David’s band recently made it to the semi-final of the 2016 International Blues Challenge and his locally-made videos have gone viral on Facebook receiving over 1 million views.