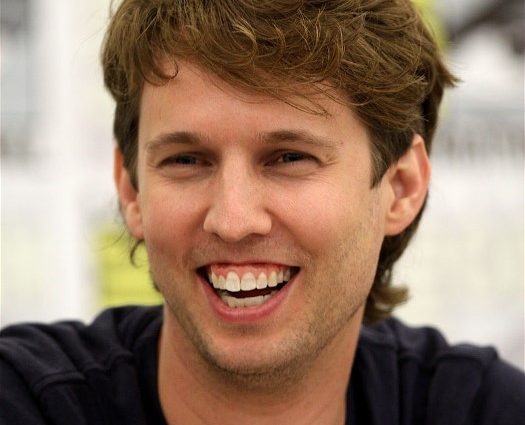 The Sarasota Film Festival announced today that renowned actor Jon Heder (NAPOLEON DYNAMITE, THE BENCHWARMERS) will attend the 2018 festival, which takes place from April 13th to April 22nd. The festival also announced the addition of two new films to the lineup, Kendall Goldberg’s WHEN JEFF TRIED TO SAVE THE WORLD, starring Heder, and Debra Granik’s LEAVE NO TRACE, as well as the dates and locations of the festival panels.

After Goldberg debuted WHEN JEFF TRIED TO SAVE THE WORLD as a short film at the Sarasota Film Festival in 2017, the feature-length film will make its World Premiere at the 2018 Sarasota Film Festival with actor Jon Heder in attendance. Heder plays the manager of an old-school bowling alley, struggling to keep the nostalgic institution afloat while keeping his life private from his intervening family. The film will screen on Monday, April 16th at 9:00PM at the Regal Hollywood 11 Cinemas, Auditorium 4.

“We are excited to have WHEN JEFF TRIED TO SAVE THE WORLD make its feature-length World Premiere at the 2018 Sarasota Film Festival with the wonderful Jon Heder in attendance. Our festival continues to serve as a launching pad for filmmakers and their projects,” said Mark Famiglio, Chairman and President of the Sarasota Film Festival. “We are also thrilled by the panels from this year’s focuses and hope these conversations will encourage audiences to further engage with the films and their topics.”

The Festival has also added LEAVE NO TRACE, directed by Debra Granik (WINTER’S BONE) and starring Ben Foster (HELL OR HIGH WATER & LONE SURVIVOR) and Thomasin McKenzie (SHORTLAND STREET). LEAVE NO TRACE focuses on a veteran and his teenage daughter who live a bucolic life off the grid in the forests of Oregon, until they are apprehended and returned to society against their will. The film will screen on Saturday, April 14th at the Regal Hollywood 11 Cinemas, Auditorium 5.

The Festival also announced the timings and locations of their panels. This year, Sarasota Film Festival will feature five focuses: Sports in Cinema; Environment, Science and Sustainability; Women’s Comedic Voices; Redefining Manhood; and Musings on Musicians. All the panels will take place at the Florida Studio Theatre with the following schedule:

The festival will also be offering two community screenings this year. The first is a screening of THROUGH THE TUNNEL about the integration of schools following Brown vs. The Topeka Board of Education, and how people adapted to the change. The film will screen at the Art Ovation Hotel Ballroom on Saturday, April 14 at 7:00PM with a discussion to follow.

The second is the World Premiere of FACEing MENTAL ILLNESS, a yearlong project in Sarasota, Florida that aimed to reduce the bias against individuals with mental illness. The premiere will take place on Sunday, April 15 at 6:00PM at the Art Ovation Hotel. Following the screening there will be a discussion with project leader Carrie Seidman, along with participants of the project.

For tickets and a complete schedule, visit www.sarasotafilmfestival.com

ABOUT THE SARASOTA FILM FESTIVAL
Held annually in Sarasota, FL, The Sarasota Film Festival emphasizes the best in cinema alongside exciting programs and events, with more than 200 films screened each year including features, documentaries, shorts, and kid-friendly picks. Entering our 20th year, we’re proud to bring the best new and established independent filmmakers to our Festival to complement local and kid-friendly programs that showcase our idyllic Gulf Coast community. This year the festival will take place April 13th – 22nd, 2018.