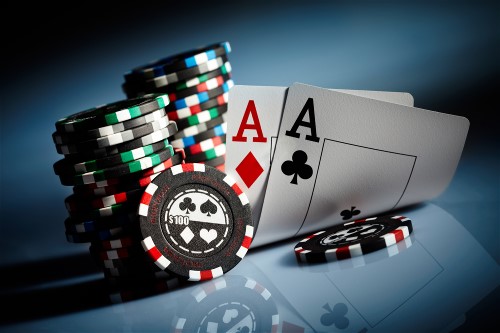 Florida’s Gambling Issues Might Be Settled in Special Session

Gambling in North America has always been somewhat a controversial subject, especially within the United States. Many states seem to be in a perennial back on forth on whether to fully-legalize gambling, with Florida being no exception when it comes to creating an “open door” environment.

Under the current setup, the Seminole Tribe has the license to provide major casino games and subsequently runs the leading casinos in the area. However, for years there has been meeting upon meeting to help determine where the legal status of this licenses falls, along with related payments between the Seminole Tribe and the state. At time of writing there still isn’t an agreement or recommendation in place. However, that could all soon change, as a special legislative session in Florida could be called to help bring the matter to its conclusion.

What is the legal status today?

The legal status of gambling Florida is largely judged on a casino by casino basis, hence the issue surrounding licensing. Effectively, what this has done is create a huge question mark on the current position of gambling in the Sunshine State.

Online gambling is stuck in limbo in Florida, but the situation is slightly clearer on land. Florida has a number of major land-based casinos, all of which carry plenty of hustle and bustle that’ll likely keep you tied to the tables. You must be age 21 or over to legally gamble at a land-based establishment in Florida, with most casinos contained within hotels. You’ll also find that the same age rules also apply to the wealth of sports betting that’s also available in the Florida region as well.

As a far an online casino play is concerned, it still isn’t regulated, thus it’s still something of a grey area. Technically, it isn’t illegal to participate in gambling activities offered on the internet. However, due to grey areas surrounding the law, the selection of online casinos does remain sparse at best. It’s fair to summarize that online casino play is neither legal nor illegal in Florida, so nobody has ever been arrested for online gambling in the state of Florida. Without a law signifying either way, it’s plausible to gamble online Florida without too much trouble.

What is being discussed now?

The recent round of discussions all center on the Seminole Tribe and its existing deal with the state. For those that are unaware, the Seminole Tribe runs and operates several leading casinos in the Florida area – including the Seminole Hard Rock Hotel and Casino and the Coconut Creek Casino. Under the current deal between the state and the Seminole Tribe, the Tribe must make payments to the state for the exclusive rights to the card games and to operate slot machines outside of Miami-Dade and Broward counties. But new and highly controversial “designated player games,” which are played at pari-mutuel facilities, have brought the current $300 million agreement under question. According to the initial terms, that was agreed upon in the state’s existing deal signed back in 2010, there is a chance the tribe could end now payments to the state, which would mean that Florida loses out on as much as $400 million.

How could that influence Florida’s economy?

Florida is making strides to come to an agreement with the Seminole Tribe, but the reality is that without one it’s facing a large black hole within its bottom line. A $400 million loss is potentially going to force the state to readdress its economic approach, especially with regards to gambling. The Seminole Tribe has continued to make payments to the state even though they don’t legally have to, but this gesture of goodwill might only stretch so far. It can be argued that breaking away from the Seminole Tribe could see Florida head down a different approach to what has been followed in recent years. Other states have started to allow online casinos to operate under foreign licenses, see the likes of Nevada, Delaware, and New Jersey. At this point in time, a shift towards a European-esque foreign license driven setup seems unlikely, but if a deal with the Seminole Tribe were to fail to materialize, it’s an option that could paper over the cracks.

The argument rumbles on

Legislators have warned the state that a loss of approximately $400 million could unravel Florida’s state budget. So, the pressure heading into the so-called “special session” is already at a breaking point. After years of stalemate and non-movement, lawmakers are being urged to see sense and come to an agreement. With various issues lingering and both sides still standing firm, it remains to be seen if these negotiations deliver the desired outcome to please all parties.