You are viewing: The Suncoast Post > Blog > Dan Dembicki, Deep 2!

It’s been nearly three years since we interviewed Dan Dembicki and thought we’d circle back to learn about what’s happening in the life of this musicians who is approaching five years of SRQ residency as an active performing artist and community member.

As a consultant, Dan has specializes in helping firms improved their business bottom line by examining their strategy and operations.  In the past few years, he has applied those consulting skills to the music community and helped bands and musicians improve their brand image, increase bookings and develop a success blueprint.  Often, Dan finds that most people know what to do it’s just a matter of extracting their concepts which are documented into an action plan.  Dan’s client’s state the sessions are emotionally painful… as they have known what to do just not how to do it,  while extorting the value of seeing their plan roll out and achieve the goals/objectives that are identified.

On the music scene, Dan continues to play keyboard with a diverse group of musicians and bands covering all styles of music.  On the pop scene Dan joined the Smokey’s Session band a seven-piece horn band that covers hits from the 60s and 70s.  He is also performing with various jazz musicians: Shane Chalke, Natalie Robison, Pete deLisser, Ocean’s Eleven Big Band and the Sarasota Jazz Stars.  And no matter how late that Saturday gig goes, you will see Dan playing the organ at Sarasota Baptist Church with the praise and worship team Sunday mornings. “The people who enjoy music is what drives me to keep active and help others” says Dan. 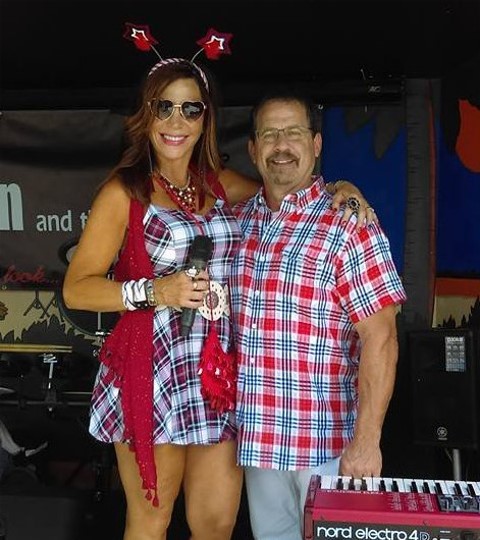 Dan DembickiNot easy to sum up or mull over your first meeting with someone and put it into one word: Deep. Dan Dembicki is deep.  He has been a lot of places and experienced a lot of things that are quite a polar opposite of what most people have experienced. He is originally from Dearborn Michigan, home of Ford Motor Company, when life was like a Norman Rockwell painting and children were still innocent. He had the privilege of attending Fordson High School built by Henry Ford, which was an unusually beautiful and artistically-enhanced High School that his father had also attended.  It had massive stained glass windows, marble statues and quality features not present in the construction of our cinder block and aluminum.

Dan’s family was pretty normal, it seems, but his Dad did some interesting work as a research pharmacist for a psychiatric hospital that performed studies and tests on students who volunteered from the local college, trying out new meds and mood-altering substances.  Dan said it kept him from doing drugs himself because his Dad would tell him stories where the moral was, it’s not worth it.  I’m sure a lot of us wish a bit of fatherly advice would have kept us clean, so I envy that ability to take someone’s word on something when it saves your sanity and your life.

Dan is the only person I ever met with a bachelor’s degree in Pipe Organ Recitalist. What the heck is that and what do you do for a living with that degree, you might ask. Well, when Dan graduated from Central Michigan State with that degree, he had a job at the Ward Theatre in Mt. Pleasant, Michigan, where he played the organ five nights a week for 4 years. Have you ever seen those monster Pipe organs in very big and rich churches where it’s as big as a Sherman tank, with a zillion pedals and a sound that is more huge and powerful than any other single instrument you’ve ever heard? Totally wild!

At some point in time, although Dan loved playing the organ, he leveled with himself that he needed more money to live on and returned to college for a Master’s Degree in Business Communication on a full- ride scholarship. His work takes him for months at a time to other cities and countries.  In fact, he came to Sarasota after finishing a big job in Toronto.  He “turns companies around” and gets them in profitable working order, which can take up to 6 months or more, hence the relocations.

Live Music Sarasota Bradenton Florida“Okay, so tell me about what you do with your life on a day-to-day basis when you’re here in Sarasota.”  This guy’s got a lot going on, and it’s all interesting, and at times humbling, and all involves using music to communicate to people, no matter what audience he plays to.  He has a trio with a bassist and drummer, together with special guest, Melanie Massell, their first performance being October 18th from 6-8 pm at Ocean Blues.  He believes it’s all about working on your head, being open to something new.  The Trio will also be performing at Ocean Blues every Tuesday from November 26th to December 17th , with a special show of music by Vince Guraldi from the Charlie Brown television specials and other holiday favorites.

Besides the Dan Dembicki Trio, he also serves as pianist for the Oceans 11 Big Band, doing the Count Basie standards and performing every Saturday night at Ocean Blues and other venues during the week.  Dan aoso has a piano/drum duet called the Jitterbugs that performs 60 years of hits from the early teens of the 1900’s to the 1960’s for seniors in various facilities. Dan serves as the organist for Sarasota Baptist Church playing in the praise and worship band every Sunday morning.

Dan’s parents encouraged him to play the piano, and instead of rebelling, he dived head first into music, making it much more than a hobby.  I think playing is his passion because people respond to it. While visiting assisted living homes with the Jitterbugs, he brings bacvk memories for the residents by playing the music from their youth, the 20 ‘s,the 30 ‘s and the 40’s. His face lit up when he described to me how the audience reacts.  “You’re looking at them and all of a sudden they lift their heads up and their eyes light up and they smile because you’ve opened up the memory box for them and some actually get up and dance. It is so rewarding because we stay after and talk with them and they are so grateful and attentive.  You just know you’ve blessed them, and in return they bless us.”  I watched his eyes when he was telling me about the experience and I believe this act of kindness is way more than random and hits him on at a deep and tender level.  This guy has no trouble emoting.

By the way, Dan has one older brother who is an engineer in the Toledo, Ohio area, and 2 sons, Matt, 24, and Nick, 22, who is a junior at Michigan State University.  Dan’s mom is 87 and still teaching English at a local college.

A conversation with an elderly gentleman at one of the homes left a lasting impression.  After the music performance, this man comes up to speak to Dan and tells him he was Glenn Miller’s caddie for 2 years and Dan was so happy that a common thread was woven through these people’s hearts.  They have said to him, “thank you for helping me remember.”  What a gift! 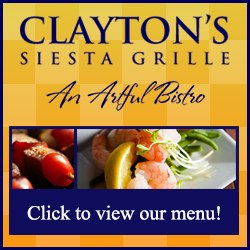 Gourmet Gas Station Food: It is a Real Thing in Charlotte, FL Getting Involved Here on the Suncoast Pack the Patrol Car in Sarasota

Summer Smoothies on the Suncoast