You are viewing: The Suncoast Post > Blog > Christmas Already? Some Pre-Holiday Gifts To Readers From LBL Christmas Already? Some Pre-Holiday Gifts To Readers From LBL

Early Holiday Gifts? Life In The Boomer Lane (LBL), Renee Fisher is giving away some early Christmas Gifts   …..Billy Rice CD & More! (Read More about Renee at the bottom of this story)

It’s never too early to start gearing up for the holidays, especially nowadays when Halloween blurs into Thanksgiving and Thanksgiving blurs into Christmas and all of that blurs into the end of life when we realize that we have forgotten to put out the trash or hide embarrassing photos we have stashed away somewhere. Life in the Boomer Lane isn’t quite sure when the holidays started morphing together , but now the three fun ones have created one giant Hollowthanksmas event, celebrating highly caloric food, costumes of one sort or another, greeting cards, music, and strange-looking people knocking on our front doors, demanding to be fed.

The old saying goes, “Don’t look a gift horse in the mouth.” LBL doesn’t know what a gift horse is, or why one shouldn’t look it in the mouth. But she does know what a gift is, and she is all for them. For this reason, she is offering gifts to you, in anticipation of all the awful things you will receive for Christmas, from people who are positive that they know exactly what you like.

The first is a CD, “Just Saying” of The Billy Rice Band.  Billy is a great country singer, headquartered in Bradenton, FL.  Billy’s career took off early, and he started getting bookings opening up for some national acts. He toured extensively throughout Florida and graced the stage with acts such as: Tommy James, The James Gang, Marshall Tucker, The Box Tops, The Turtles, Mama’s & Papa’s, Moody Blues and Eric Clapton.

He took a hiatus from music for many years, in order to focus on his family. Then, Billy came roaring back. He now performs all over, again, and records CDs.  His music is infectious. If you aren’t familiar with Billy, you should be.

LBL will send the Billy Rice CD to the first readers who request one. And she’ll even spring for the postage.

The second gift from LBL to you is a free One Day U all-day workshop.  LBL won’t belabor how much she loves One Day U. You’ve heard it all before.

The powers-that-be at One Day U are anxious for LBL’s followers to attend, so they’ve just donated 25 tickets to their New York event. Simply go to www.onedayu.com and register using code BOOMER. Your price will be reduced from $179…to  ZERO. Really!  The schedule is:

Rights in America: A Brief (250 Year) History
John McCaskey / Columbia University
Music and the Brain: What We Know (And What We Don’t)
Jessica Grahn / Western University

There.  Now you are all set.  Never say LBL didn’t give you anything.  In fact, never say LBL isn’t anything but a brilliant, hilarious, creative, generous, example of what a human being can be. Just don’t look her in the mouth. Or, if you do, make sure you quickly hand her chocolate that she can shove into it. 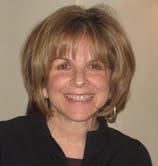 She is, indeed, a former hula hoop champion, as well as the co-author of two books for women over 50.  They are Invisible No More: The Secret Lives of Women Over 50 and Saving the Best for Last: Creating Our Lives After 50. She is also a Featured Blogger on Huffington Post.  Renee lives in Arlington, VA.

If you are a very important publisher, a wealthy donor, or if you would like Renee and her co-authors to speak or lead a workshop for your group or organization, you can contact her at:  lifeintheboomerlane @ gmail.com.