You are viewing: The Suncoast Post > Blog > Cancer Sucks, Here Is Tammy’s Story This story is about Bradenton resident Tammy White, a beautiful, vibrant, 39-year-old mother of a six-year-old was diagnosed with Stage 3 ductal and lobular breast cancer.  She SHOULD have been diagnosed at age 38 but her doctors tell her in February of 2009 it was dilated milk ducts.  With no family history of breast cancer, it is easy for concerns to be pushed aside by healthcare providers.

She went back in May and this doctor said, “oops” when he saw her nipple inverted and sent her for a biopsy the next day.  “Oops” was what he had to offer my amazing friend.  She never did see that doctor again.  June 2nd was her actual diagnosis day, but she knew what her diagnosis was in May because her friend was the pathologist.

Once the official diagnosis was made the fight for her life was on, chemotherapy started two weeks later.  She would go for treatment every three weeks, treatment would last for five hours (that is five hours sitting at the Oncologist’s office, in her words “the most depressing place you could ever be.”). She would start to feel sick the next day and be sick for two weeks.  Out of twenty-one days she would feel decent, that is not destroyed by the poison that was pumped through her body to save her life, for maybe a week.  Then it was time to start over again.

The chemotherapy regimen continued from June until Thanksgiving time.  However, before she could get to Thanksgiving she had to endure a staph infection in her port (they continued to administer chemo through the port even with the infection) and she had to endure heavy doses of antibiotics daily for three weeks.  Not only is this taking a toll on her body, it is taking a financial toll as well, the antibiotics alone are $70.00 a day.  Finally, she has had enough and tells them to remove the port (she was almost septic) and had them put in a PICC line instead.  It turns out the surgeon placed the port in her chest wrong.

It is now two days before Thanksgiving and she goes in for a radical mastectomy with reconstruction. They took both breasts and twenty lymph nodes. They found cancer in about fourteen of the lymph nodes.  Since the cancer is in the lymph nodes that means more chemo.  And then she gets more devastating news, she got MRSA while in the hospital, her implants had to be removed and they could not do anything to save her skin.  She had no breasts and at that time did not know if they would ever be able to try reconstruction again.  She endured six surgeries in three months due to the MRSA and even when they determined that reconstruction was possible, all she went through with the MRSA is one reason she has not attempted it again.  The other being her insurance has said they paid for it once, no more benefits.

February of 2010 she began her next round of chemotherapy, a course called The Red Devil. Treatments are now every two weeks and that means there are no days where she feels decent. Her husband has been transferred to a new store for his job and is thirty miles away, working sixty hours a week. Her body is being pumped full of drugs that are meant to save her life and that at the same time will destroy her, take her appetite, her hair, her strength, her ambition and with her husband working so many hours and so far from home, she is caring for her daughter on her own. She did this every two weeks until May.

You would think after all that she had earned a reprieve, a small break to just let her body rest. No, she started sixteen weeks of radiation, five days a week, radiation burns on her chest. And if all that was not enough her oncologist tells her she needs a hysterectomy because she was likely to develop ovarian cancer.

The one thing she said to me that hit me hardest was, “I cried at every single treatment and every single appointment.  Still do till this day.”

I asked her to tell me all the details of this journey, I asked her if it bothered her to share the details with me; her answer to me was “It actually feels good to talk about it……people tend to forget when you look normal again….”

I wrote this in January 2016, I had no way of knowing that my strong, beautiful, vibrant, cancer survivor friend would hear the words she long feared again.  Her cancer had returned.  This time her cancer is stage IV and though it is treatable, it is not curable.  The life she had been living was turned upside down and her new normal has become something that most people can only imagine, and frankly most can’t.

Soon the new treatment is showing signs that it is working, but at a tremendous cost, physically, financially, emotionally.  A rash covers her body, she is dehydrated, she is nauseous, she is at the cancer treatment center 4 out of 5 days a week to get treated for dehydration, to receive anti-nausea medicine. She tries to put on a brave face for everyone else.  She is tired, she is sore, she is stressed, but she is determined.

She has a team behind her-Team Tammy has been working to make sure she is not alone, that she knows she will not be alone, and that through it all, we will be her support.

“When you’re weak, I’ll be strong
When you let go, I’ll hold on
When you need to cry, I swear that I’ll be there to dry your eyes
When you feel lost and scared to death,
Like you can’t take one more step

The Billy Rice Band will be donating their time and performing at the event along with Gabriel Newell. 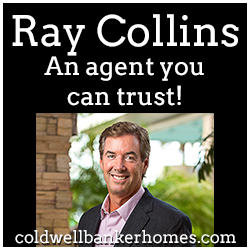 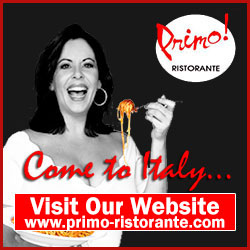 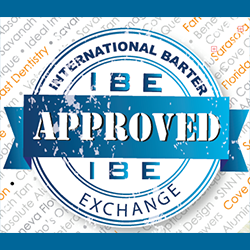 Gambling And Sports Betting In Florida